Why Panama for world trade?

Home/Commerce/Why Panama for world trade?
Next

Why Panama for world trade?

Panama has a privileged geostrategic position, which has been the cornerstone for the development of one of the most important Multimodal Logistics Platforms in the world.

A logistics platform is the combination of infrastructure, technology, processes, regulations and human capital that make the movement, transit, transformation and storage of finished products possible. Much of this logistics platform in Panama has been developed to support international trade. It is organized into logistics components, which have been operating organically in a coordinated system. These can be divided into two groups: logistics assets and logistics services.

Panama manages many logistics assets that serve national and international markets. In 2019, the port conglomerate at both entrances of the channel allowed the mobilization of more than 7.3 million TEU through the most important shipping lines in the world that connect the five continents.

Logistics assets represent the “hardware” of the system. This includes all the infrastructure nodes (ports, airports, special economic zones, terminals, borders) and the connectors (trains, highways, roads) that make up the logistics network.

These components include the Interoceanic Canal, Ports, Airports, Free Zones, Special Economic Zones, (SEZ); and an interconnection network that includes: Interoceanic Railroad, primary roads, such as the Trans-isthmic Highway and the Pan-American Highway, which are geographically well intertwined to make the country an important HUB for regional and international trade.

Logistics services are the “software” of the logistics platform. These are the different activities carried out by private and public entities that allow the effective movement of people and goods throughout the supply chain. A wide variety of services provided including merchandise handling, consolidation, brokerage services, transportation and consulting, among others.

Panama is the bridge that connects the world 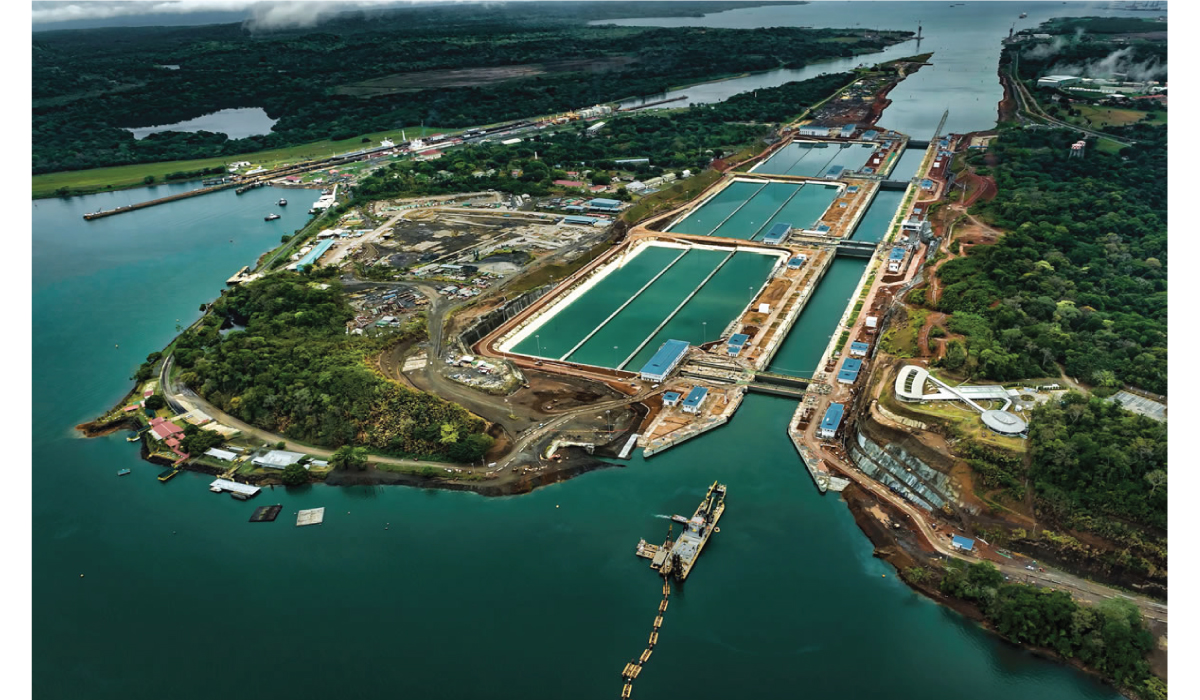 The high weight of logistics and the maritime-port sector in the Panamanian economy is not a secret for our neighbors in the region. Panama has in its DNA the vocation to serve as a bridge for the passage of world trade through the Panama Canal.

We serve as a link for new business opportunities, both for locals and foreigners, who benefit from valuable logistical assets by air, sea and land. 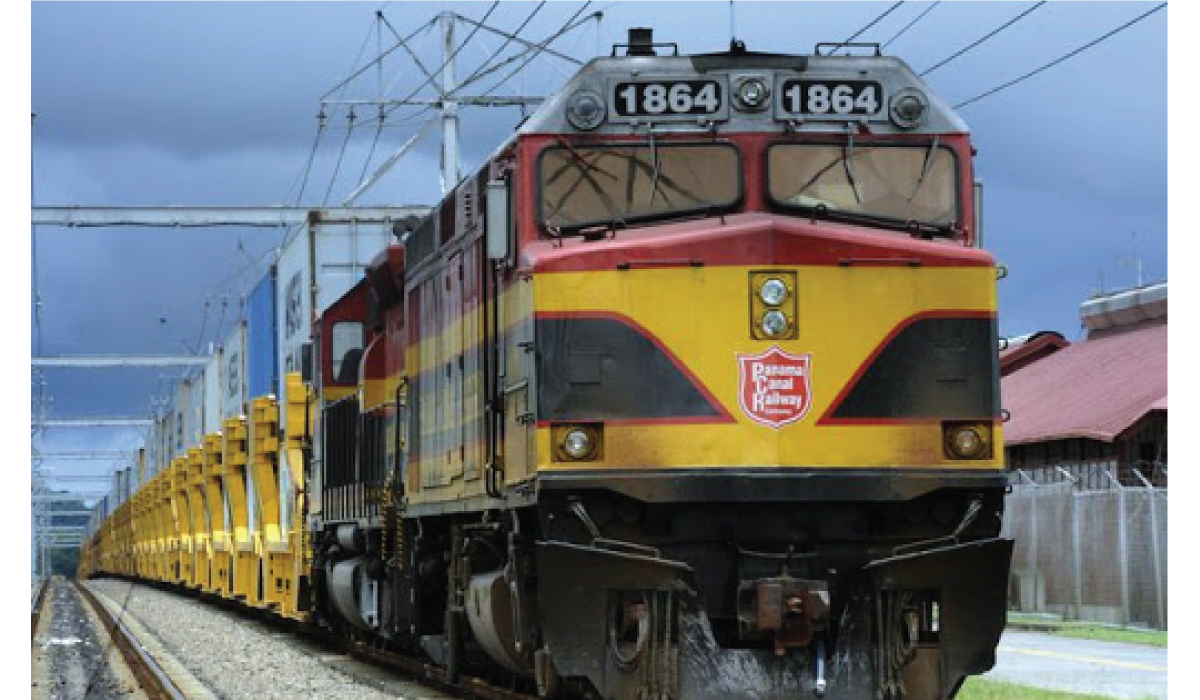 The railway, operated by the Panama Canal Railway Company consortium, connects the Atlantic and Pacific ports in only 80 km, speeding up the transport of cargo between the Balboa and Colón terminals.

It consists of a singular route with steps available at strategic sites allowing two-way traffic. Trains can operate continuously between the Atlantic and Pacific Intermodal Terminals with capacity for 10 trains in each direction every 24 hours, and the possibility of increasing to 32 daily trips.

The handling capacity of the railway in the 1st stage is estimated at around 500,000 containers per year. PCRC has plans to increase this in stages of around 250,000 movements per year, to a maximum of 2 million TEUs per year.

Ports in both oceans 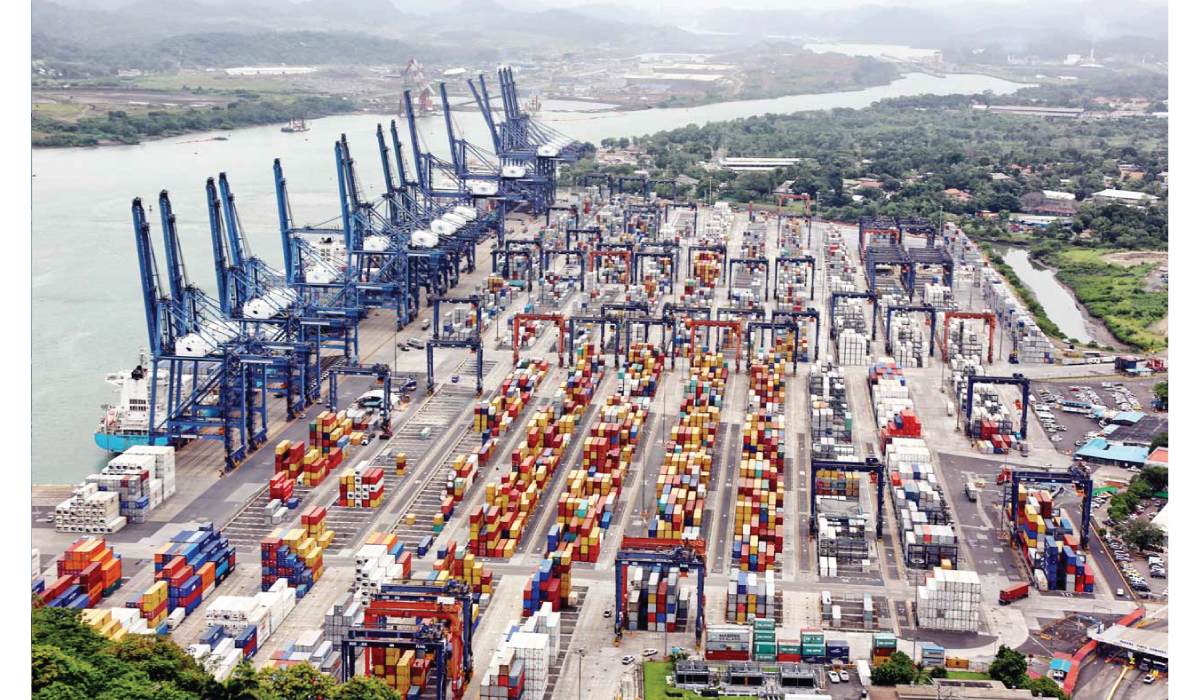 Panama has the advantage of having port terminals at both entrances of the canal. The installed capacity and with expansion projects register an annual cargo movement of more than 7 million containers per year, making us the most active ports in Latin America.

The Hub of the Americas 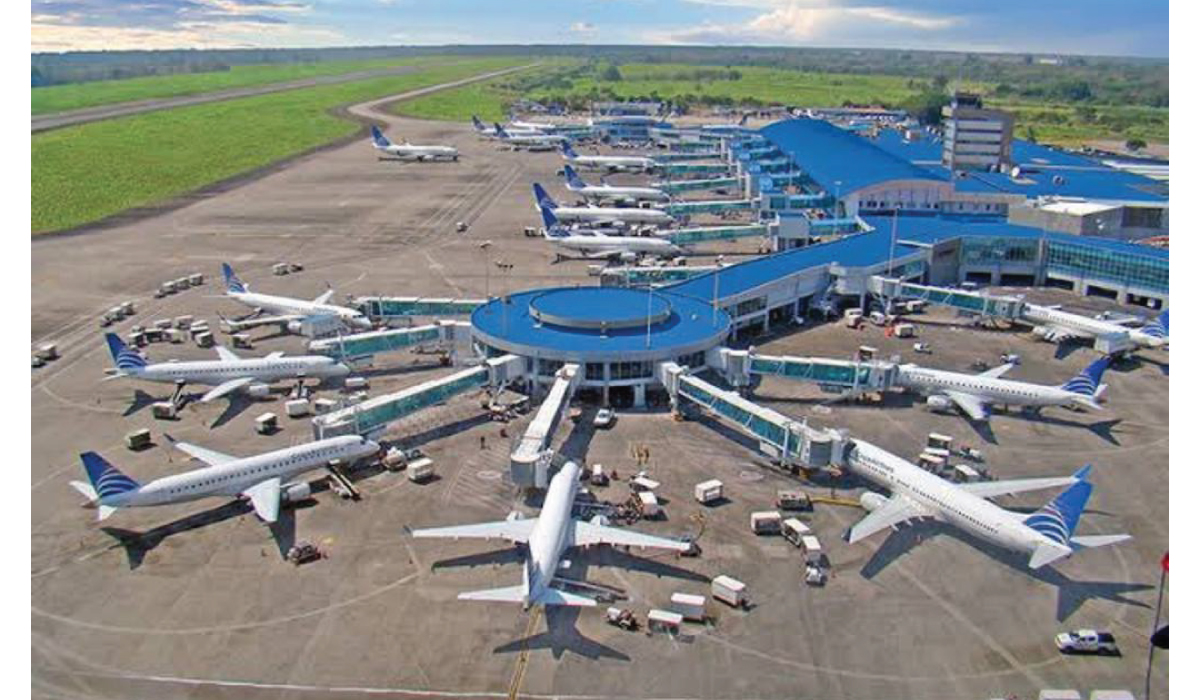 With more than 132,000 direct flights a year to 90 destinations in 35 countries, Tocumen International Airport is the best connected in Latin America, establishing direct connections to all major cities in the world.

GLF Logistics gives you support in any business opportunity you require, adding value in the area of ​​comprehensive logistics and throughout the logistics chain process. For more information contact us at info@glfcorp.com